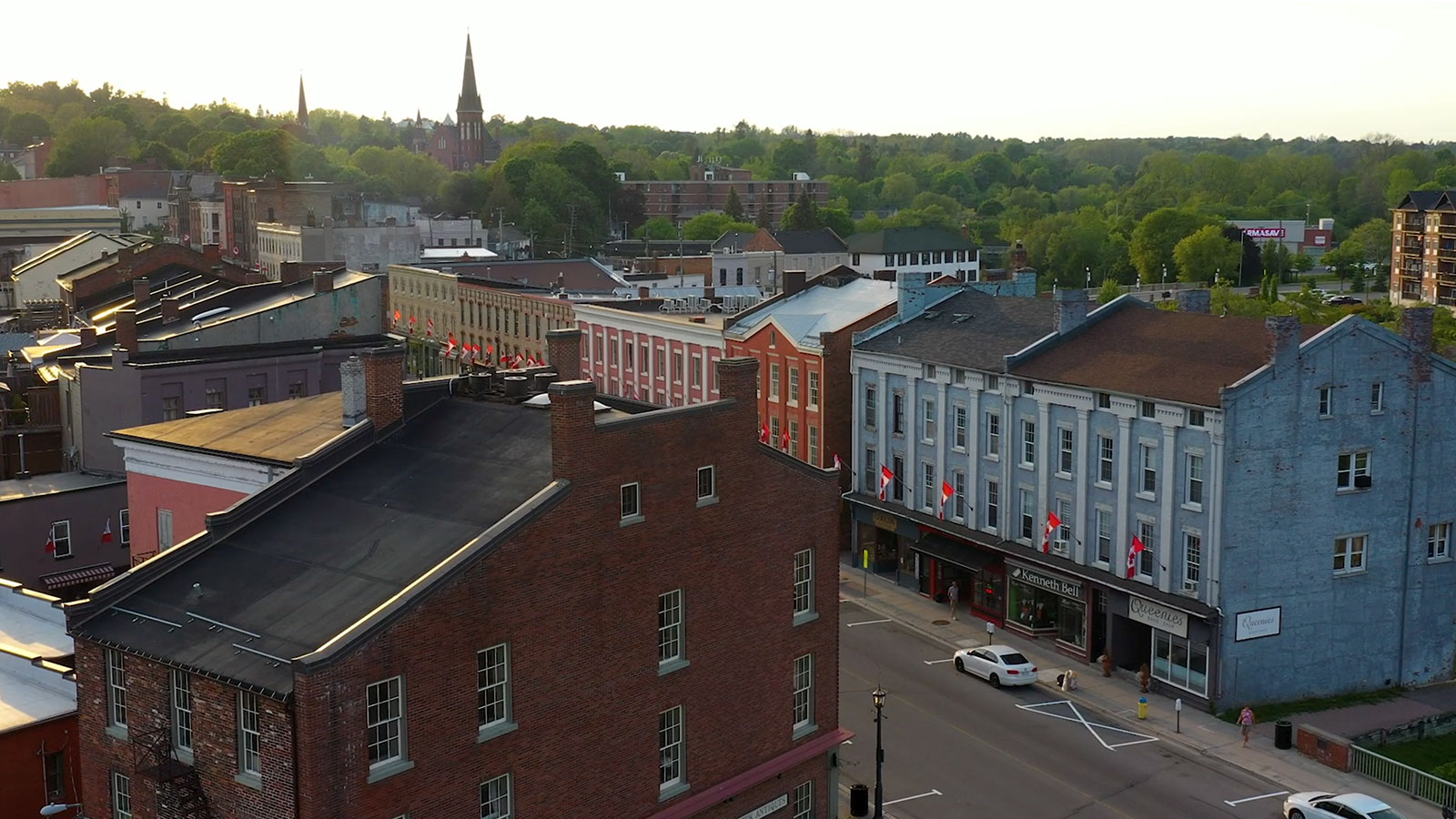 A history of Port Hope Suites

Bordered by the river, we find architectural poetry within the manicured urban context of Port Hope.
1845
Original Building 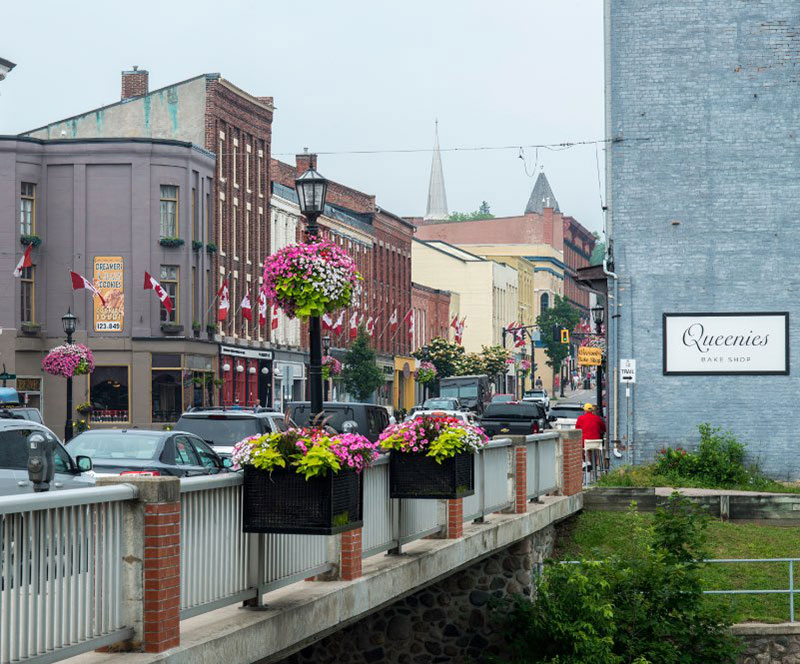 Port Hope Suites has been under new ownership since 2021, and like all previous owners, we take great pride in the heritage of this hotel. The hotel has carved out an important place in this history of Port Hope since its humble beginnings in 1845.

This three-storey parapet gabled brick commercial building retains its original features on the upper storeys but has been considerably altered on the ground floor level, although the separate three entrances still remain. Five double-hung sash are on the second and third floors. The medium peaked roof is supported by decorative eave brackets on the front façade. A wooden shop front cornice runs along the front façade.

The Ganaraska River originally divided into two streams around the present Walton Street Bridge. When the river was re-channelled the entire Mill Street area was built up from marsh and became another access route to the harbour. In 1844, Robert Needham Waddell purchased eight acres of land from John David Smith, a parcel of land that extended from King Street to Mill Street to Walton Street.

In 1844, Richard Misson purchased part of the R.N. Waddell parcel, and took out a mortgage in the same year. This building is thought to have been constructed circa 1845 providing commercial space on the ground floor, and living quarters on the second and third floors. Interior brick was used on the two side elevations suggesting that additional blocks were going to be added in the future.

The Wall and Forrest Map shows T. Ward's name at this location. Ward was the Registrar during that period and by 1853 this building was being used as the Customs House and Registry Office. Port Hope was constituted as a port of entry in 1819, however, it was not until 1829, that a harbour was established. A wharf was constructed on the east side of the river and a pier was established on the west side. By the late 1840's, Port Hope was a bustling port and busy commercial area; consequently modifications and further expansions were made to the harbour in the ensuing decades. As a port of entry, a Customs House was required. Additionally, the building served as the Registry Office, a repository of legal land transactions until 1871, when a separate Registry Office was built on the north side of Mill Street (17 Mill Street North).

Richard Misson (1816-1891) was born in Lincolnshire, England in 1816 and emigrated to Canada in 1836. He established himself as a painter and later partnered with Richard Fogarty as Misson & Fogarty, painters and paperhangers. In 1843, he built the Misson Duplex (150-152 Walton Street), an early frame building with a carriageway. In 1853, he established a sash factory. By 1859, his eleven-year partnership with Fogarty had dissolved. By 1880, Richard Misson is listed in local directories as a gentleman residing on Mill Street perhaps residing in this building.

The Misson family retained ownership of the building until 1894, when Mary Misson sold the property to the Canadian Oil Clothing Company. In 1904, John Blacklock, blacksmith, purchased the property and established his business in this location.

An archival photo of 1882 shows the building in presumably its original condition. When the building underwent restoration in the 1980's, it was used to reconstruct the building. The building needed major structural repairs after the "Great Flood" of Port Hope in 1980.

Nothing remained of the original shop fronts, shutters or doors, six-over-six windows or trim and cornice detail, all of which have now been restored. 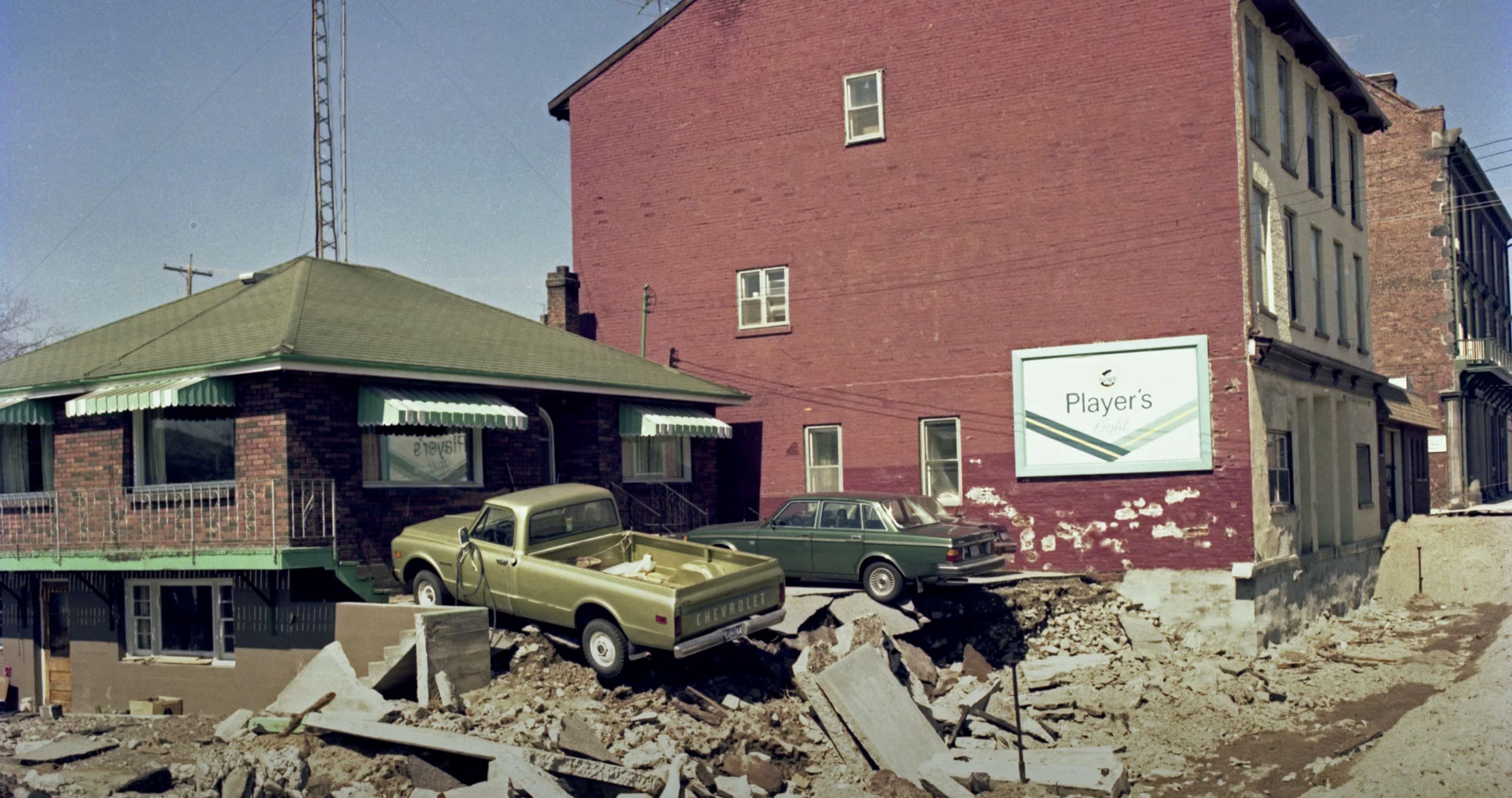 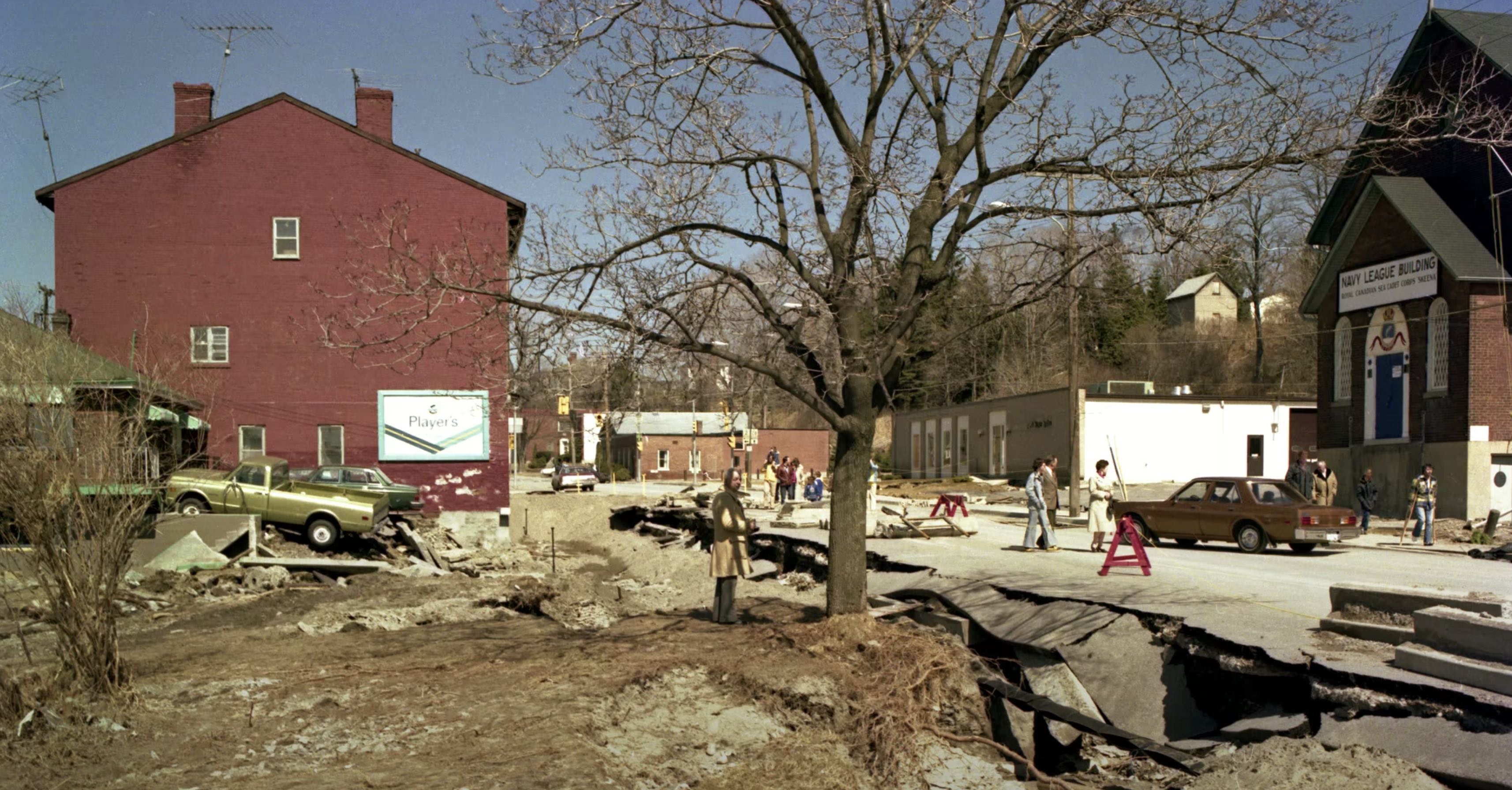